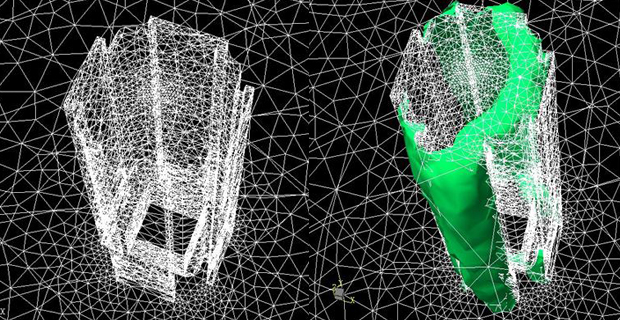 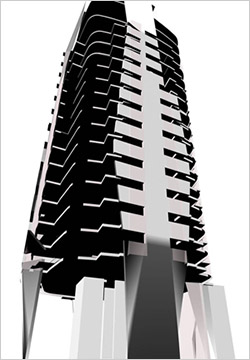 As part of the initial planning stages of the project, JDL undertook a feasibility study into the effects of the tower on pedestrians at podium level.

By working with students at the University of Bath we were able to computer model using Computational Fluid Dynamics the effects of wind on pedestrians in the public areas.

The downdraughting of wind as it hits tall buildings is widely documented and can have detrimental effects on public spaces surrounding the buildings. The shape of this building in particular with its sail form façade was particularly concerning to the planners and undertaking CFX modelling provided an insight into the possible wind speeds around the entrance.

The conclusion in this case was that although the sail forms would push wind downwards the main flow around the tower remained laminar until the vortex shedding occurred directly downstream of the sails. The effect to pedestrians would be minimal as the predominant flow was around rather than down the façade.

Unfortunately in this case the design was later substantially changed to reduce cost and the reality was never realised.